The Organizing Committee is delighted to announce that Prof. Alexander Jäger from University of Applied Sciences of Upper Austria has agreed to give a keynote speech on Beer and Health: Current Trends in Production and Research. 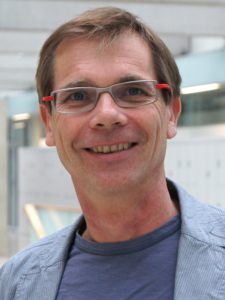 Prof. Alexander Jäger is Professor in Brewing Technology and Bioenergy. Founder and Head of the Research Brewery of University of Applied Sciences of Upper Austria. His most inspired research is done on beer as a functional food. He is also one of the mentors of the european craft beer scene, a consultant to many breweries and developer of innovative recipes. He is a recipient of Honorary medal of the European beer consumers union. He has also been engaged in bioenergy research since his doctoral thesis in 1983. He graduated from the University of Stuttgart, Germany in microbiology and has a doctoral degree in biotechnology. His research is focused on bioethanol production from lignocellulose, biogas production and production of value added products from algae. He has conducted research at US Forest Products Laboratory, Madison WI, at Helmholtz Institute in Juelich, Germany, also in Vienna and Salzburg and received a professorship in Biotechnology at the University of Applied Sciences in Wels / Austria in 2003.

Prof. Thomas Keller to give a keynote speech